Valas dev is almost done. I made many pickups changes to balance more the map 🙂

I’ve receive some suggestions on Unreal Carnage discord, suggestions that are more focused for competitive playing than casual gaming. Last week, I had the intention to satisfy the competitive crowd with a CE (Competitive Edition) version. Now, forget it. Why?

I’m kindly asking for feedback about item placement to satisfy the community, because for me, I have no interest to play that version, and on discord, only 2 players give me worthy suggestions while all the rest, zero constructive feedback 😦 To resume, they said remove this, remove that, remove this this & that that and even then, we MIGHT play it online but won’t be a serious map for competitive matches! Wow, this is so motivating, and push me even more to share my maps with the community… (I’m sarcastic).

To make it short, the map as been download ±15 times only, so, like DM-Thaq, little interest from the community, that is decieving, again. It would be stupid to release a map that will MAYBE be played by a bunch of players only. Not to mention that on Epic forums, I’ve received feedback only from my buddy ÐutchSmºke and Florin Biziitu at my blog, THX both 😀 A total of 5 players give me a worthy feedback so far!

So no, forget the CE, forget me on discord, forget me on Epic forums after the final. The only place I’ll post something is here, at my blog.

After Valas post # 5, I started the lighting of the exterior of the map, and now, I like it. Since you can’t go outside, the only purpose of this scene is to have a nice view and with the windows glass, you can’t really appreciate it. I might make another map with those assets after, I’ll see. 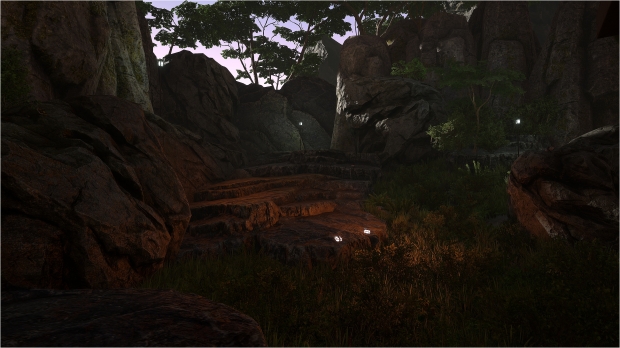